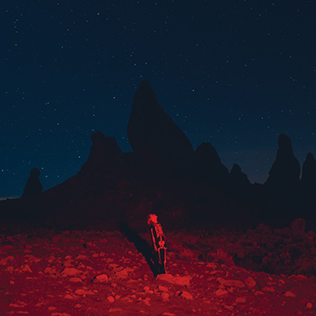 Phoebe Bridgers
Punisher
2020
Spotify
If 2020 has changed the way you listen to music as well as the kind of music you listen too, fear not, you are not alone. Very few people could have anticipated a complete life upending change and shift into a totally new lifestyle. What kind of music do you like if you can't go to live shows? Does that make a difference? Is music more for escape now rather than distraction throughout the day? These aren't the questions that Phoebe Bridgers grapples with on her stellar new album Punisher, but it is the sentiment that the songs arrive. Her frank way of songwriting is so refreshing, especially for someone from LA who can connect all the dots in terms of places and things. She sings about someone being killed near a stadium, an infamous story about Dodger Fans beating a vesting team's fan to death. "Halloween" which features some brief backup vocals from Connor Oberst (Bright Eyes) a recent collaborator with Bridgers. Their styles really match up well though Bridgers' stories feel more grounded in reality. She doesn't write about heightened characters on emotional romps, instead she finds real beauty in the subtle, the moments we may otherwise miss when they pass us by. The one issue I have, and have always had with Phoebe Bridgers is it is often hard to listen to her more than once. Once you get the story you kind of get it, you don't have the pull to listen over and over again until the words permeate every inch of your brain.
Her music then starts to feel more like Poetry than pop, not necessarily a bad thing but also not great if you are looking for consistent radio play. You could accuse some of her songs of dragging, but It feels more like a gentle meander. She is not in a rush to get where she is going and happy to let you sit awhile with her. Her songs are great at building anticipation but never all that great at paying the tension off. The last track "I Know The End" is an example of this as it builds into this aggressive somewhat glitchy track, but the payoff is just some classic indie horns and strings, it just could have been so much bolder even with the Grimes-esque little scream towards the end. This is a really good album filled with emotion and truth, just don't expect it to be bumping out of car stereos anytime soon.
8.0 out of 10
Labels: 8.0 Indie Phoebe Bridgers Punisher SingerSongwriter