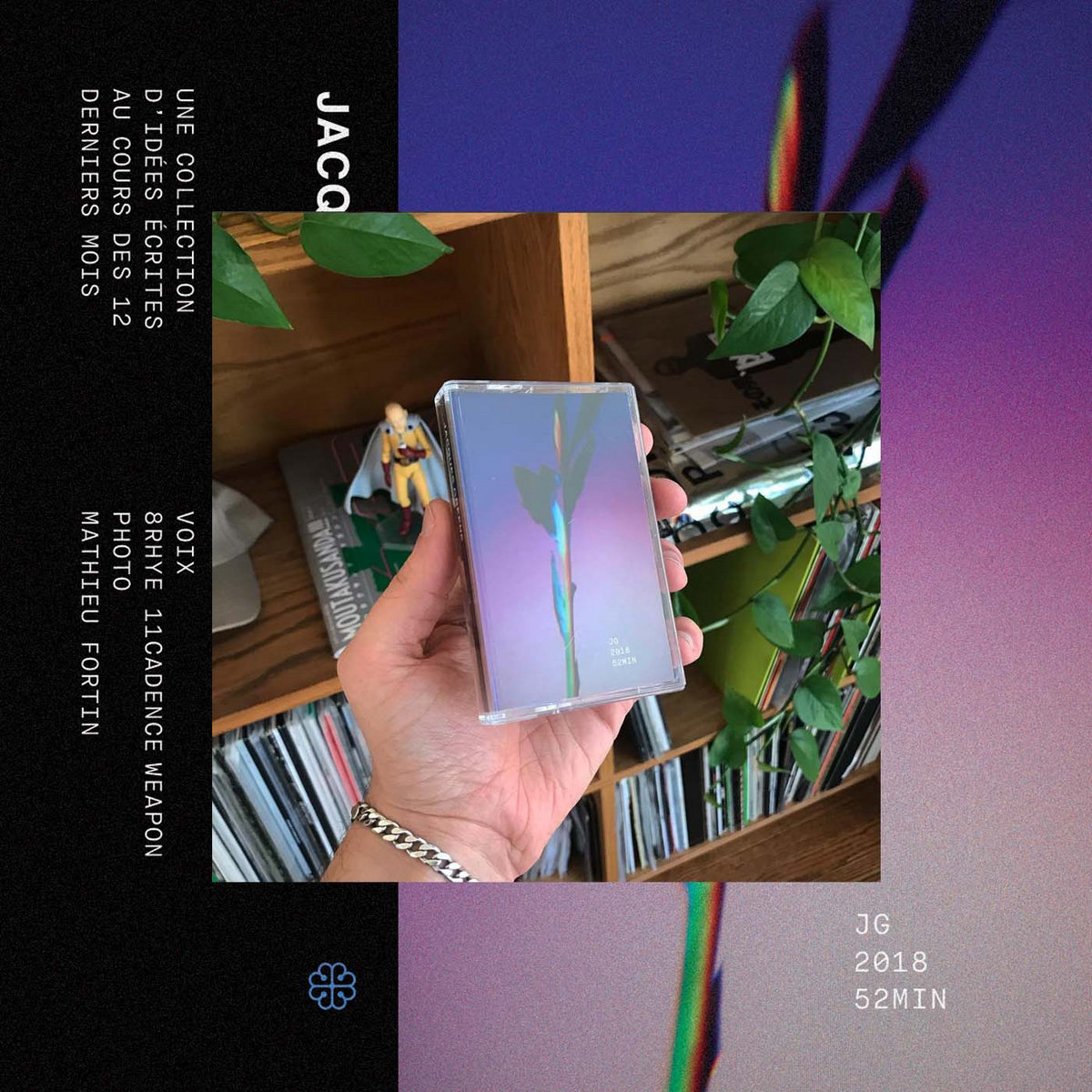 You unfortunately aren't going to find any of the new music from Jacques Greene's Mixtape on any streaming services which is, a bummer. However He has posted the full audio on Youtube so you still can strap yourself in and take the deep dive. The 48 minute run time of this new record might sound daunting without tracks, but Jacques Greene turns this opportunity into an almost DJ set, allowing the entire record to sing as one voice. Even before Jacques Greene released last years Feel Infinite he had numerous remixes and mixtapes under his belt and that album only furthered his standing in the electro R&B infused space. This album however leaves all that behind and instead focuses on putting all out dance bangers on the floor. The entire album is spent wandering through different styles of club music while staying hyper focused on making great dance grooves that can link together throughout. Trance, Techno, Ambient House damn near anything you can think of finds it's way onto Mixtape and absolutely soars. At about 14:30 in you go into this deep trance state that pulls you so far down it may feel like you are never going to escape but then suddenly this punchy vocal bursts through and gives way to this more ambient efflorescent sound that climbs and climbs until it breaks loose into something that sounds more like Porter Robinson. It appears the more song focused approach that Jacques Greene took on Feel Infinite has let him right back to the club where it all started.

Everything on this record feels so imbued with depth and spirit giving the whole album this weight that is inescapable. Greene's remix of Rhye actually makes it onto the tape at about the 28:30 mark and it's the one time that the record feels like it has a delineated song on it. The remix is stellar, but it somewhat takes away from the rest of the album, sucking you back from the dark nightclub you'd been spending your time stumbling through. This moment slips by though and you are taken back down the rabbit hole with perhaps the most overtly techno offering on the record. This album is constantly pulling you along to the next thing whether you are ready for it or not showing you new exciting thing after new exciting thing. It's when Jacques Greene dives deep into the club experience that this album is the most successful confirming that Greene has not lost his club roots in working on all these other more four minute centric productions. This is a different type of album than you may be used to but it works so incredibly well it's bound to quickly change your mind on what "album" can mean. I would say don't sleep on Jacques Greene, but with tunes this fired up you would need to worry.