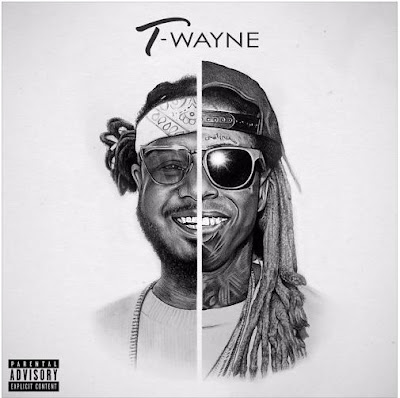 T-Wayne is a collaboration that has been in the works for years now. The world has been clamoring for what exactly the team up may sound like but rest assured we knew auto-tune would be involved. However it seemed like T-Pain and Wayne could never get the labels on board or all the pieces in place to finally get the record out then in a surprise move T-Pain just posted the whole damn thing on Soundcloud. the record is exactly what you want, a turnt up trap and R&B explosion with the occasional slow jam like "DAMN DAMN DAMN". The one thing this album is not however is focused. Each track feels more like a mixtape, but not new mixtapes, mixtapes from way back when when you had about $20 bucks to get into the studio for a few hours. Lil Wayne sounds like himself, but his delivery seems lazy and one note. "Breathe" for example has such an annoying beat and T-Pain and Wayne simply do not do enough to elevate it, instead they just kind of flow. If the loose style is what you are looking for this album may work for you, but you will not find a slick Mike Wil Made It beat for the two to play with. "Snap Ya Fangas" another slowjam, somewhat lives us to the talent of the two artists, but only just. You keeping waiting for that tear down the building, set everything on fire let's rage moment on the record, but it doesn't come until the very end of the record.

The song I am talking about is "Heavy Chevy" and it begins with a fake phone call skit between Wayne and T-Pain about T-Pain bringing Wayne out to Florida to really set it off. The song is fun as hell even though you can hear Pain and Wayne smoking weed during it. It is absolutely nuts, but that is what you want from this collaboration, something fucking nuts. If the rest of the album was like this it would make so much more sense, but the rest of the tracks never live up. You look at Twenty88, and that is an album long collaboration that has a direction and a point with Jhene Aiko providing the R&B and Big Sean handling the rap duties. T-Pain and Lil Wayne never have that kind of focus and the record suffers because of it. The idea here is great and really shines in a few moments, but as a whole it just does not quite work. Hopefully this is just a jumping off point and some of the ideas the two have developed will make it on to future tracks, we hope.