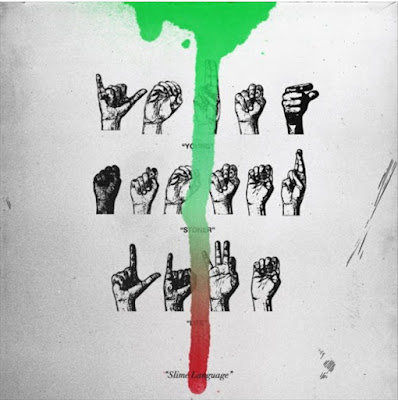 This record doesn't begin the way you think it might, and in doing so sets Thugger up for success from the first moment. On "Tsunami" Thug dives head first into the tropical trap vibes of this record, giving us a summertime bop that breaks from the sound He has setup for himself. You almost feel like you are hearing the Jamie xx version of Thugger on this album, happy, bright and enjoying rapping with his label mates. Like the hip hop of the early 2000s this album serves as sort of a convention of artists of Young Thug's label. While these albums used to flop rather famously in the past this time around it feels like less of a throwaway and more music meant for the end of the summer. This year the summer hip hop releases have left something to be desired with a few smash hits, but very few things feeling supremely transcendent. Leave it to Young Thug to swoop in and save the day. Lil B and Gunna make a stellar appearance on "Chanel", nothing like the Frank Ocean song but a track with a spirit and character all it's own. Lil Uzi Vert comes through on a track that seriously sounds like it could be on any top 40 station right now, but could also clap in any deep trap scene. It is amazing how well Thugger and Lil Uzi can take really out there ideas and somehow square them with a pop sensibility.

There is so much to celebrate about this album, and this sense that it was easy to make. Nothing feels forced here like it has on much of hip hop this summer. Drake was going for the largest selling record of all time, not necessarily his best, Nicki's felt rushed and others had missed the mark, but Young Thug in letting go has nailed his voice. He also isn't looking to re-create albums like Kendrick's DAMN.  here. So many artists have been chasing that Gothic anthemic vibe with their sound recently and misses the mark in a big way. You can't just be Kendrick because you want to be. That is what is so great about Young Thug, He knows who He is and is unapologetic about it. It gives his music this intense and palpable freedom that is totally infectious. The cult of Thug is strong, and while it may have taken some hits as of late this record is sure to reinvigorate his rabid fan base. It is not without reason Slime Language is not only one of Young Thug's best, it's one of the years best.