Mike Dunn - My House from All Angles 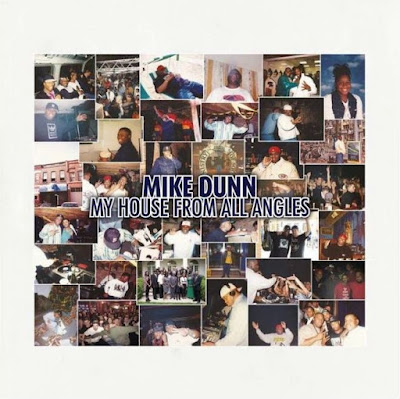 Mike Dunn
My House from All Angles
2017
Soundcloud

Mike Dunn is one of the original pioneers of House Music. Starting in Chicago He has been making music since the 80s all House focused. He has produced some artists and continued to play and tour worldwide but an album is something He hasn't produced in 27 years. This new record then seemingly picks up where he left off with plenty of jams that could be put on the floor in 1987 and 2017 and would still get people's bodies moving. Acid House is the lead off with a fully trippy beat that Dunn mines for every note of dancability. The album doesn't explicitly go for a retro vibe, but with Dunn talking over the beat and the disco overlays it just happens. It is House Music like you don't hear anymore on albums. There are whispered shoutouts and rhymes like old school DJs used to do, but they don't feel dated, they more feel classic. This is the kind of stuff you hear when a DJ is burning down a set, but you don't often listen to it alone in your room. The ideas here also often feel like a first pass, great by a hell of a lot of standards but not what you would expect as a first album in 27 years kind of thing. It almost feels like a greatest hits, but somewhat worse than that? If you are going to go on a retrospective of a career you would expect to only here the best, but on this record Dunn feels too comfortable but not reverential in the slightest.

The whole record has a very distinct lack of amazing moments that are so necessary for a successful House album. It feels like a walk in the park for Dunn throughout the entire thing, not phoned in but also no sweat off his brow either. Yet the bones are all there: great percussion, deep dance music knowledge and a connection to an era that is still relevant today. Yet, even with all that this record doesn't pass the test. It needed to be bigger and bolder or just be a greatest hits. This in between land that we find it suits neither Dunn nor his style of music. There are about 100 DJ sets from Mike Dunn on Soundcloud that are far and away better than this. My House from All Angles just feels like far less than the triumphant return after 27 years than it should.